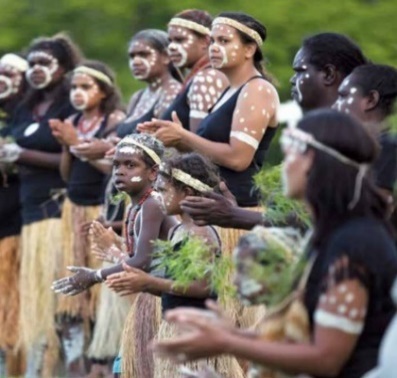 Pama Futures – a foundation for empowerment in Cape York﻿

Cape York has long been known for its strong leadership and people. The region’s determination to drive change in communities has seen the establishment and development of many organisations and policies dedicated to systemic, region-wide change.

In August 2017, nine years after the introduction of Cape York Welfare Reform, over 200 leaders and community members from across the Cape gathered at the Djarragun College Wilderness Centre, near Cairns, for a Cape York Summit. The idea was to hold a grassroots engagement forum to propose a new direction for the region and hear community concerns and priorities.

With only one native title claim left to be settled in Cape York (‘One Claim’[1]) communities were seeking to shift the focus away from fighting for recognition over land, to securing greater community involvement in local decision making. This included decision-making at government level, as supported by a pledge from Federal Minister for Indigenous Affairs Senator Nigel Scullion to give communities 75% weighting in decisions related to federal funding of programs affecting them.

Key organisations Cape York Partnership and Cape York Land Council, along with Noel Pearson and other regional leaders, also saw the summit as an opportunity to secure conditions for the region to adapt to the changing political, economic and social climate. They also focused on the need to close the gap in socioeconomic wellbeing between Indigenous and non-Indigenous people.

At the three-day Summit, attendees heard from local and government leaders, joined discussion forums, and workshopped solutions for regional and sub-regional development. Engagement was high, as expressed by Jasmine Accoom who represented the community of Lockhart River:

“We’re trying to move forward. So, I agree with the Cape York united movement [expressed at the Summit] and I want everyone to work together.”

The result of the Summit was a reform agenda now known as Pama Futures, supported by communities, leaders, and Indigenous organisations – many of whom have partnered with Jawun for the past 18 years. It articulated ways to enable and support empowerment of communities with tools to transform themselves from places of disadvantage, marginalised from mainstream society and economy, to energetic places where Indigenous people can choose a valuable lifestyle with ongoing connection to culture, country and opportunities. Within this, Indigenous-led decision making is key. As Injinoo community member Tapee Salee put it, “Running your own affairs, that’s how you get empowerment.”

To implement Pama Futures, long-term Cape York supporter Boston Consulting Group and a series of Jawun secondees worked with Indigenous leaders to co-design and develop an initial governance structure and business case. This business case sought out viable Indigenous led economic opportunities within the region that could be established within communities to create growth through employment and development.

Since Cape York is both geographically and culturally diverse, it was clear that to initiatives would need to be focused at a sub-regional level. This would recognise different needs, cultural considerations, and available resources and capacity.

Three clear ‘streams’ were identified across all regions:

The diagram below[2] shows the steps on the Pama Futures journey, across all three streams, with the overarching goal of closing the gap between Indigenous people and mainstream Australian society.

Three dedicated steam leaders were appointed, and 12 sub-regions identified and established, along with community-based leaders appointed as ‘sub-regional facilitators’ to represent Pama Futures.

A series of design labs in Cairns were then held for each sub-region, attended by over 200 community members and leaders. Jawun secondees from Westpac, APSC, KPMG, Qantas, Macquarie and Perpetual supported the planning, organisation and operation of these labs across three days. They then travelled with each sub-region’s engagement team in the weeks following, visiting communities to gain feedback on the proposals put forward and answer questions.

Following these community consultations, a second Summit was held in Palm Cove in December 2017, attended by over 400 community members and leaders. There, 26 resolutions were adopted to guide Pama Futures through the next stage of implementation.

In early 2018, implementation began on a list of 34 deliverables related to the resolutions from the December 2017 Summit.

To date, 24 Jawun secondees have worked with the Pama Futures’ leadership, Indigenous organisations and communities on projects in support of these 34 deliverables.  Projects have been across all three streams, ranging from economic development opportunities to land mapping projects and mobile app development. While progress is varied and in many cases projects remain commercially confidential, Indigenous partner organisations have spoken of the technical but also professional or personal capacity and energy brought by secondees.

Kirsty Broderick, Deputy CEO of the Cape York Land Council, described the value of hosting Westpac secondee Mark Small as follows: “The Pama Futures agenda is one we are all working towards and wearing many hats across the Cape York regional organisations. At times we are pulled across priorities and Mark brought enthusiasm and determination to meet weekly tasks and keep everyone focused for the Pama Fishing and Pama Rangers project”.

With support from secondees, Pama Futures has submitted a number of proposals to both federal and state governments, securing federal government funding for initial stages of project development and implementation. Among successes, public and private funding has been secured for development and implementation of a major tourism venture in Cape York. Supported since inception by a long-term Macquarie Capital secondee in a project management role, this will provide jobs and connect national and international tourists to Cape York’s culture and country.

The Pama Futures work was nationally recognised in August 2018 when Minister Scullion spoke at the Garma Festival in North East Arnhem Land.  He invited Aboriginal groups from around the country to submit proposals to regain control of their land, service delivery and government funding as had the leadership of Cape York, stating: “It is the single most exciting thing, and we’ve just got to try so hard to get this right and to provide the people of Cape York an opportunity to self-determine in every possible way, and I think this is just the road to success.”

Noel Pearson also spoke at the Festival, saying that Pama Futures represented the culmination of everything learned through the Cape York Agenda, including the Cape York Welfare Reform trials. As he described it, “A combination of structural reforms and indigenous agency, we believe, is the means by which we close the gap over time.  If these two things connect in concrete with one another, we will start to compress the gap over generations.”

Through partnership and vision, the Pama Futures agenda is becoming a reality. Jawun will continue its support to the Indigenous organisations implementing this reform agenda, working closely with the Pama Futures program management team, stream leaders, community members and leaders of Indigenous organisations to facilitate skilled secondments that deliver real results.

In late 2018, Fiona Jose, CEO of Cape York Partnership, spoke of the powerful impact of this support for a region long focused on reform, highlighting the extraordinarily long history of the partnership: “This week we welcome the 65th round of Jawun secondees. This incredible group of people join us from the corporate and public sectors and make a lasting impact within our organisation and the work we do with Cape York Indigenous people.”